Day 49: We can exercise outside 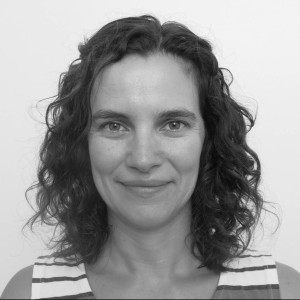 We’ve been in lockdown for 7 weeks, and today we’re allowed to exercise outside. Freedom!

But not complete freedom. We are allowed out to exercise between 6am – 10am and then again between 8pm – 11pm. Children are allowed out, with one adult, between 12noon until 7pm. And seniors are allowed out between 10am – 12noon and 6pm-7pm. It feels a little restrictive, and a little complicated, but I’m just so happy to finally be able to go for a run.

Just before lockdown started, I’d run a 10k race. I’d been running 3 times a week since October, so it was a real blow when I found out that we wouldn’t be able to exercise out of the house during the lockdown. Whilst there are plenty of options for exercising at home, it’s not as easy to get the same workrate (for me anyway) as running outside. I’ll be out for my first run tomorrow.

We have been able to go out with the children since last Sunday, 26 April. Again, the rules are quite restrictive – only 1 adult with the children, for a maximum of 1 hour, within a 1km radius of your home address. But it has been great to get a daily walk in and to see life outside of our 4 walls. The children would rather be able to go to a play park, but they’re still out of bounds.

The Prime Minister of Spain has directed a phased ‘de-escalation’ process for the lockdown. There are 4 phases, each expected to last 2 weeks, and all depending on how controlled the infection rates remain. When we’ll enter which phase, and what is part of each phase is a little confusing. Broadly it looks like we will have much more freedom, and much more ‘normality’ from the end of June. What that means for a summer holiday, enjoying the beach, getting an ice cream I’m not entirely sure. We’ll watch this space.

The children won’t be returning to school until at least September. I was a bit gung ho when I announced this to the children one morning, and the oldest broke down in tears. She has an amazing pre-primary teacher, and this news meant she would never be taught by this amazing teacher again. Our daughter moves up to primary school in September. She’s processed the news now, and whilst she’s still sad about not being taught by Lola again, she’s excited about the new adventure that primary school will bring. And she’ll be reunited with some of her friends who moved up to primary last year.

It looks like we’ll be continuing to work from home for the foreseeable future. Whilst I am extremely grateful to be able to carry on working, I would like to be back in the office to be able to have face-to-face conversations and to break up the monotony of home working. It has been very intense fitting in working, homeschooling and all the other chores necessary to run a household. Oh, and working in the same company as my husband!

So ‘normal’ is on its way, albeit slowly.